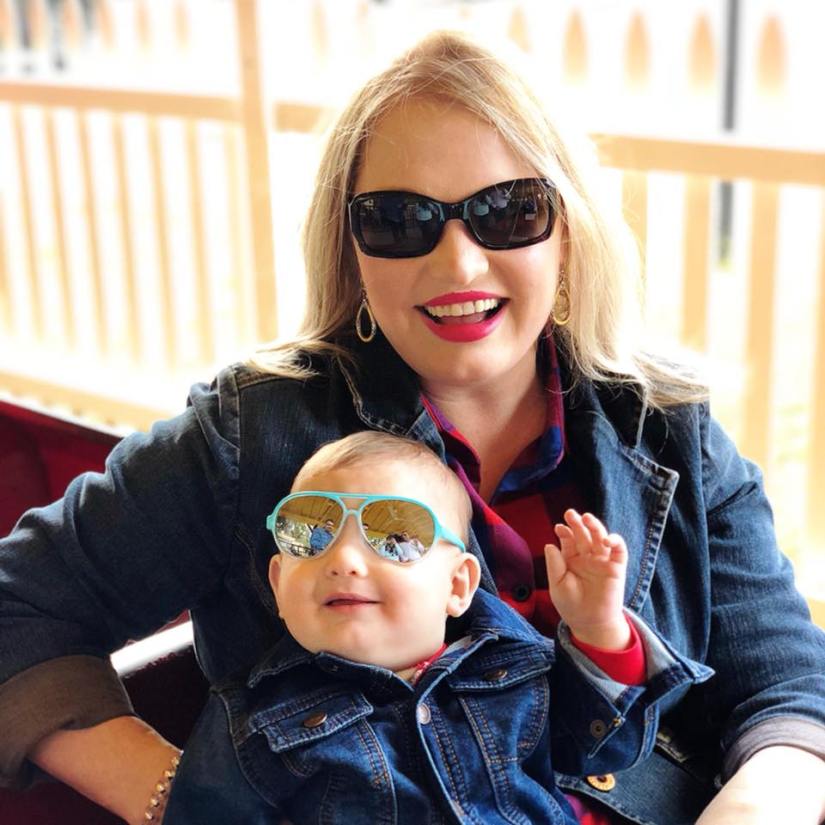 Tonight I took my son to his first orchestra performance. It was a free concert featuring Mozart’s Violin Concerto, followed by his unfinished “Requiem”. My son is 9 months old. You were there, too. You didn’t expect my son and I. That became obvious.

You attended, no doubt, in order to hear a beautiful performance by a skilled orchestra. And you did! We all heard it.  The notes floated through the air like Angel’s voices.  It was inspiring! It was beautiful.

Before the first half of the performance ended, my infant son, who had sat mesmerized for the first half hour or so, decided to contribute to the melody!  He let out a sudden squeal, followed by a second one, which he held for a rather impressive amount of time!

We all heard it. I did.  The people near me did. The musicians themselves very likely heard it, although we had strategically seated ourselves in the back, only 4 rows from the door, in case something like this happened.

As my little baby continued to hold that, again impressive, high note, I scooped him up and proceeded into the aisle, toward the door to make as quick of an exit as I could. That’s when you let me know that YOU had also heard my son’s voice.

You “shushed” us as I walked past.

Three steps from the door. Walking quickly, with my head down. One hand over my son’s mouth.

For nearly  a decade my husband and I struggled with infertility due to my own severe case of endometriosis.  Stage 4. Pretty hopeless.

I was 28 years old when I learned of my condition, and was told by my doctor to start trying immediately if we wanted to have any children.

So we did. We tried EVERYTHING. For years.

We tried every fertility treatment, trick, and diet. I had surgeries, procedures, tests, and medications. Eventually we tried IVF. It took all of our savings, but I became pregnant!

And then I had a miscarriage. My joy died inside me with the final beat of my tiny daughter’s little heart.

It took years before I was able to fully accept, and heal from, what had happened. Honestly, I think my heart is still in the healing process today.

Even while I struggled through the pain, I was still averaging one surgery every year just to deal with the side effects of my severe condition. It affected my work life, my family life, my social life. It wracked me with physical pain that sometimes left me fighting simply to stand up.

I gave up thinking that I would ever have a child of my own. I had accepted that it was not what God wanted for me. If He had, surely He would have given it to me by then. Surely it was not in His plan for me to suffer. After all, Jeremiah 29:11 says that He has “good” plans for me. It promises “a hope, and a future”. Surely that includes a child.

But, after nearly 8 years of pain and trying, I finally accepted that God did not intend for me to have my own child. I was settled on the matter. It was obvious to me, even though family and friends still wanted to keep hope, I knew I couldn’t any longer. I wanted a hysterectomy. I wanted to move on, and forget the dream.

It was too painful to hope anymore.

Then one day, just a couple of days after Christmas, my husband brought up the subject of IVF again. He wanted to attend an informational luncheon hosted by another fertility practice.

He beseeched me further, and promised that he would never bring it up again IF I would only attend the luncheon. Once we had heard what was said, the choice would be completely up to me whether to move forward or not.

Since I knew already that I would not want to do it, I agreed. I only had to sit through a luncheon to get what I wanted….to never hear of IVF again!

The luncheon was almost 2 weeks away. In the meantime, I learned that the group would host a drawing in which one lucky couple would win a free round of IVF treatment. I prayed, “Father, you know I don’t want to go through with this. BUT, if YOU are in this…IF for some reason you want me to do this…IF you will give me a healthy child…IF and ONLY if he/she will love you and know you….then let me win the drawing. Otherwise, I will not go forward after the luncheon.”

Several days later I found myself sitting in a conference room, surrounded by some thirty or so other couples. I somehow made it through the half hour long presentation, full of slides and graphs, facts, success stories and risks; all the while, wanting nothing more than to run out of there as quickly as I could!

Finally the presentation ended. A young woman replaced the doctor at the podium, and announced that they were about to do the drawing. I closed my eyes, took a deep breath, and thought “It’s almost over. Just be happy for the winner, and get out of here!”

It was that moment when I heard my name called over the speaker.

God got my attention that day. Over the next ten months, He would lead me on the increasingly difficult, emotional, painful path that was the IVF experience. I didn’t want to walk that path again. I followed out of sheer determination to be obedient. It was the most difficult thing I have ever done.

On October 24 of that year, about 10 months after we began the process, we found out that I was pregnant! The IVF had worked.  It had not gone according to our plan, or even the doctor’s plans. Some things had not worked out, including a surgery that we were told was extremely important for the success of the process. My endometriosis was so advanced, that the seasoned surgeon could not even complete the surgery due to not being able to differentiate one organ from the other because they were all covered in endometriosis tissue. The surgeon said that the chances of me conceiving at that point were very unlikely.

God kept His promise to me anyway.

I made it through the pregnancy with only a couple of scares. Then, on Father’s Day 2017, I was told that my blood pressure was too high, and they needed to take the baby immediately. I was scared, but God had seen me through so much by then, that I went into “trust” mode, and just breathed.

I was prepped for surgery. My mother was out of state. My doctor was out of town. But my husband, and one of my best friends was there. More importantly, God was with me.

Nearly 40 minutes after the c section began, we finally heard our son’s first cries! It was the most beautiful sound. No orchestra could ever replicate the majesty of that moment.

I often remind myself, when I look into the deep, red/brown eyes of my miracle boy, of how close I came to not having him. He’s the baby who almost wasn’t. What if I had said “No, I won’t do it again.”, and not attended the luncheon? He wouldn’t be here. What if God had not answered my prayer to win the drawing? I would not have a son. What if I had given in to fear, exhaustion, and pain instead of moving forward? I would not be a mother today.

So, dear shusher, you see, I cannot apologize for my son interrupting the concert. I would never apologize for a miracle. What you heard tonight, was evidence of God’s faithfulness. May the sound resound in your ears, and mine, next time we are tempted to doubt God.

“Because of the Lord’s faithful love we do not perish, for His mercies never end. They are new every morning; great is Your faithfulness!” Lamentations 3:22-23

(Mother Of a Miracle)

View all posts by southernmasala